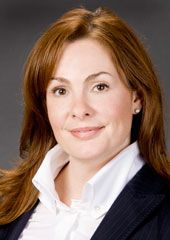 Holly has spent her entire legal career at Herndon, Morton, Herndon & Yaeger where she became partner in 1999. Her practice is focused on a wide range of corporate and commercial litigation with a focus in banking and financial services, media and communications, employment from the employer’s perspective and creditors’ rights in bankruptcy matters. Holly represents large and small businesses in the banking, publishing, broadcasting, real estate development, energy and health care fields and in numerous service industries. On behalf of her clients, Holly has both pursued and defended numerous lawsuits and other claims and has appeared in state and federal courts, and before administrative tribunals, the National Labor Relations Board, the Equal Employment Opportunity Commission and other state and federal agencies. She provides counsel to clients on the day-to-day operation of their businesses including contract negotiations, regulatory compliance, and employment issues.